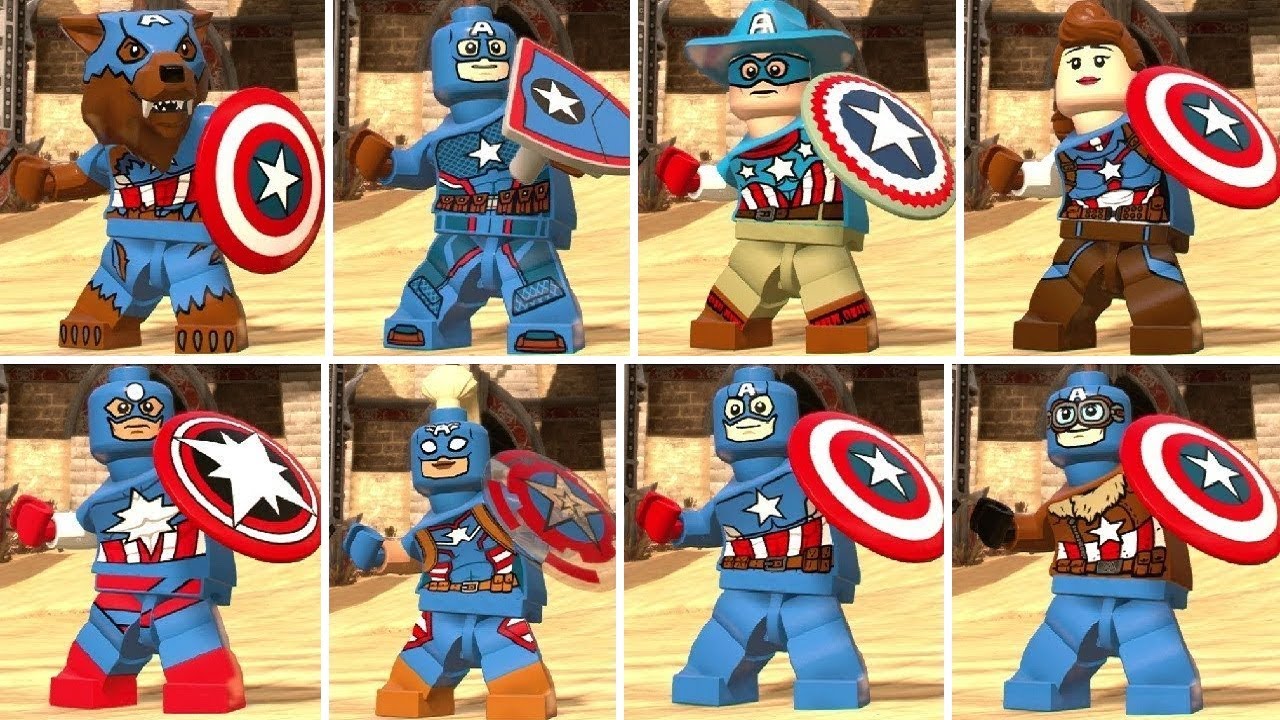 This video shows the all of the variants of Captain America in LEGO Marvel Super Heroes 2. #LEGO #CaptainAmerica #LEGOMarvel Captain Assyria is a bit questionable as he is the leader of the Avengers in a different reality so to speak. In that reality, America is instead known as Assyria. I included that character in this video nonetheless. The full list of characters are as follows: Capatain America, Pilot, Secret Empire, Old West, Peggy Carter, 2099, Cap-Wolf and Captain Assyria.